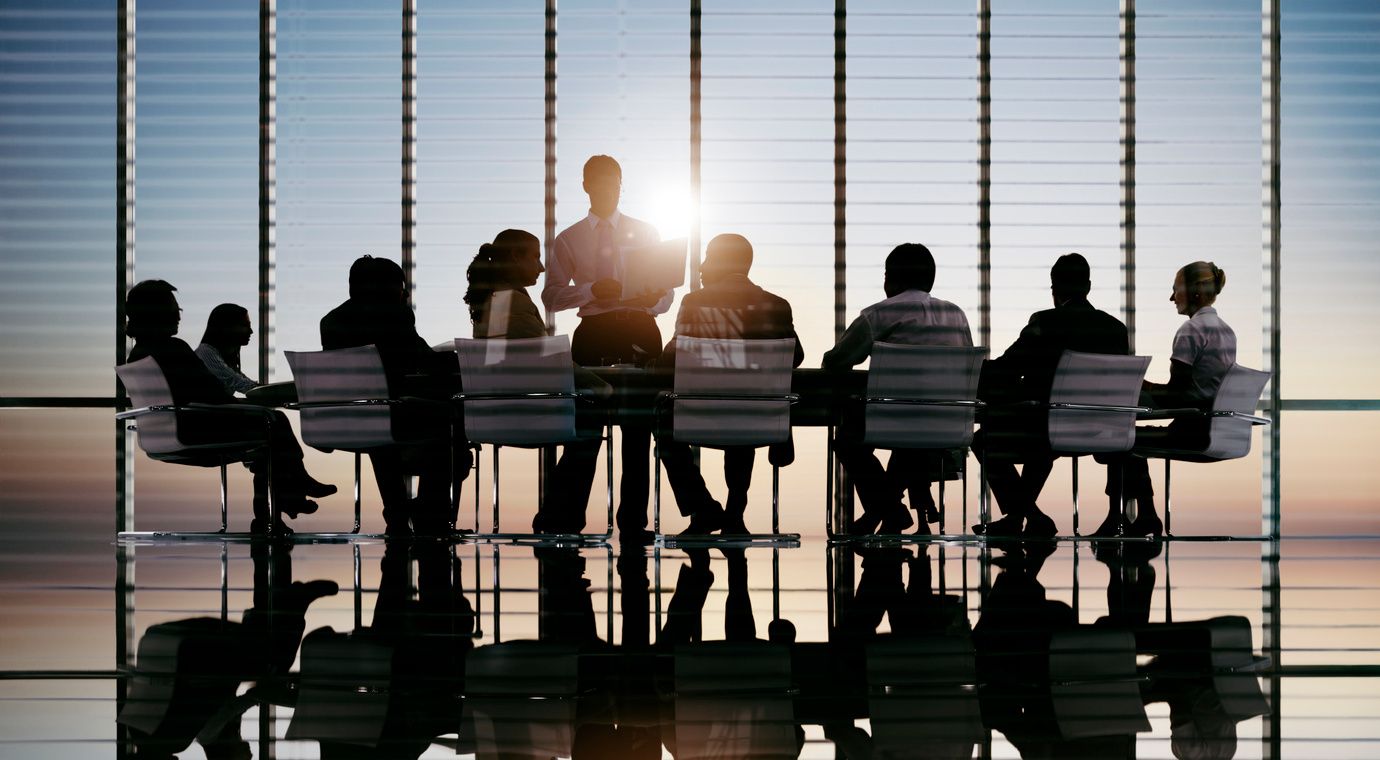 On  October 23,  2013, an  unprecedented judgment of  the  Cour superiéure du  Québec (QCCS) in Groupe Enico (2013 QCCS 5189) granted some $4 million in  damages to  two  taxpayers that  under- went an abusive audit. The  court found that  Revenu Québec abused its power and  conducted its au- dit,  reassessments, and  collection measures in bad  faith. The  damages compensate for  the  failure of the  targeted business and  include $2 million in punitive damages. Tax  authorities continue to bolster their auditing and   collection activities, but  this  judgment may sound an  alarm concerning abusive practices in any  dealing with a taxpayer, from audit to collection.
Increasingly, taxpayers have questioned the  behaviour of  both the  CRA and  Revenu Québec. In determining an  assessment’s validity, a court generally does not  consider allegations of  the  tax  au- thority’s misbehaviour. In Ereiser (2013 FCA 20),  the  FCA clarified the  avenues available to a taxpay- er—a civil  claim for  damages against the  CRA or Revenu Québec before the  FC  or a provincial supe- rior  court, or, in certain extraordinary situations, judicial review.
The  Groupe Enico decision comprises about 200  pages of  facts and  analysis and  is one  of  only a
few  to find  negligence on  the  part  of a tax  authority in administering and  enforcing a tax  statute. The finding was based on  fault and  responsibility to third parties under Quebec civil  law, not  on  the  com- mon-law duty of care.
The  corporate taxpayer, Groupe Enico, was established in  1990 and  ceased activities in  Novem- ber  2010. In  October 2005, Revenu Québec initiated a  GST and  QST audit after receiving a  letter, which it later destroyed, from a disgruntled former employee. The  GST/QST auditor went to  the  tax- payer’s office with a  so-called intern—an income tax  auditor with over 21  years’ experience and  a prior record of  misbehaviour. The  taxpayer became aware of  the  parallel income tax  audit only in May 2007, when proposed reassessments were issued.
On  October 15,  2007, a  first  notice of  reassessment was issued for  additional tax,  interest, and penalties of more than $450,000. Surprisingly, two  weeks later a Revenu Québec internal memo said that  the  undeclared income was actually $50,000. The  discrepancy arose from double entries in the taxpayer’s records, which created more than $200,000 of expenses denied on  reassessment. Reve- nu  Québec contended that   the  “false and   fictitious entries” emerged when GST and   QST records were reconciled with income tax  records, but  the  court found that  the  Revenu Québec auditor had created the  entries intentionally and  in  such a manner as  to  avoid detection. The  court said that  an

erroneous reassessment does not  by  itself constitute fault. However, Revenu Québec was clearly aware very early on  that  the  reassessment was inflated; nonetheless, it took more than nine months to  adjust it.  The  court concluded that  the  reassessment was the  result of  malicious and  intentional behaviour.
Further unremedied mistakes followed. In February 2008, Revenu Québec’s collection department used the  administrative seizure process to  seize the  taxpayer’s line   of  credit even though it  had known since October 2007 that  the  tax  bill  would be significantly reduced. The  bank then recalled the
$600,000 line  of credit: unpaid salaries caused employees to resign and  concerned clients and  sup- pliers to flee, and  a precarious cash flow situation developed.
Previously, Groupe Enico had  been profitable and  was expanding, but  it ceased operations in No- vember 2010. Revenu Québec representatives unsuccessfully attempted to leverage insolvency pro- ceedings to force the  taxpayer to drop all claims against it, and  it employed numerous delay tactics in the  civil  lawsuit. Revenu Québec deliberately destroyed documents and  chose not  to  call  the  main auditor as  a  witness: the  taxpayer had  to  hire  a  private investigator to  track him  down. The  court found that  Revenu Québec’s objective was to  exhaust the  taxpayer financially and  to  prevent a trial on  the  merits, and  that  Revenu Québec engaged in wilful misconduct, bad  faith, and  abuse of power in dealing with the  taxpayer. The  taxpayer successfully demonstrated that  Revenu Québec’s conduct was grossly negligent and  reckless as to predictable consequences.
The   Revenu Québec income tax  auditor’s testimony confirmed what Revenu Québec had  hotly denied: auditors have quotas—in this  case, $1,000 of  recovery per  hour—linked to  a bonus (up  to
3.5  percent of total pay) for  exceptional performance. The  Revenu Québec collection department al- so  admitted that  a quota was imposed on  its  agents, but  it did  not  specify rates. The  court linked the quota to the  reprehensible conduct: Revenu Québec auditors and  decision makers were not  disinter- ested law  enforcers but  interested parties.
Although the  files of  the  GST/QST auditor and  the  income tax  auditor were destroyed, many inter- nal  Revenu Québec communications were disclosed at  trial   and   helped demonstrate that   Revenu Québec agents knew early in  the  process that  the  reassessments were falsely and  greatly inflated. The  decision is likely to affect the  recordkeeping habits of Revenu Québec officials and  perhaps oth- er  Canadian tax  authorities who no  doubt are  closely following the  civil  suit. A  recent report of  the Office of  the  Information Commissioner of  Canada notes an  increased number of  complaints under the  Access to  Information Act  about the  lack of  CRA disclosure in  access-to-information requests— requests that  undoubtedly yielded the  information essential to  support the  damage claim in  Groupe Enico.
A taxpayer who undergoes an abusive audit faces a challenging environment. An  assessment may be  challenged in  the  TCC federally or  in  the  Cour du  Québec provincially, but  judicial review is  only available in  the  FC  for  federal matters and  in  the  QCCS for  provincial matters. Different courts have jurisdiction over an  action in damages—the FC  or QCCS for  federal matters and  the  QCCS for  provin- cial  matters. It is also unclear when the  limitation period begins to run  in this  context: is it triggered by the  audit, by  disclosure of  information that  the  audit is abusive, by  improper collection measures, or by the  quashing of the  reassessment?
The  Cour du  Québec upheld some assessments against the  taxpayer, apparently ex  parte, be- cause Groupe Enico did  not  have the  financial resources to contest the  assessments while the  action in damages proceeded. However, the  QCCS’s decision in Groupe Enico may signal that  some claims against tax  authorities will  be successful.
The  court granted about $1.1 million in  damages to  the  company’s founder and  shareholder (in- cluding $1 million in  punitive damages) and  $2.75 million to  Groupe Enico (also including $1 million in punitive damages and  $350,000 for  legal costs). The  unprecedented $2 million punitive damages award against a public body was grounded in the  Quebec Charter of Human Rights and  Freedoms, which allows punitive damages for  “unlawful and  intentional interference” (including reckless disre- gard) with various rights, including the  peaceful enjoyment of property. Under the  Civil Code of Qué- bec, punitive damages “may not  exceed what is  sufficient to  fulfil their preventive purpose,” but  the court in  Groupe Enico said that  a  serious deterrent was required because, inter alia, a  public body

should exemplify a high standard of conduct and  because many meritorious claimants probably nev- er made it to trial.
The  facts in  Groupe Enico were particularly egregious, and  the  courts will  have to  navigate cases
involving facts that  are  not  so  clearcut. Proving wilful misconduct, bad  faith, or  abuse of  power will remain a challenge, but  taxpayers now have a strong precedent.
On  November 22,  2013, Revenu Québec filed documents with the  Cour d’appel du  Québec, but the  extreme facts make it unlikely that  the  finding of liability will  be overturned. Even if the  quantum is reduced, the  trial  court’s judgment is likely to be generally confirmed. If the  appeal proceeds, it will  be several months before a hearing takes place. Similar cases are  proceeding to trial  in other provinces, and  taxpayers and  tax  authorities are  no doubt watching their progress carefully.